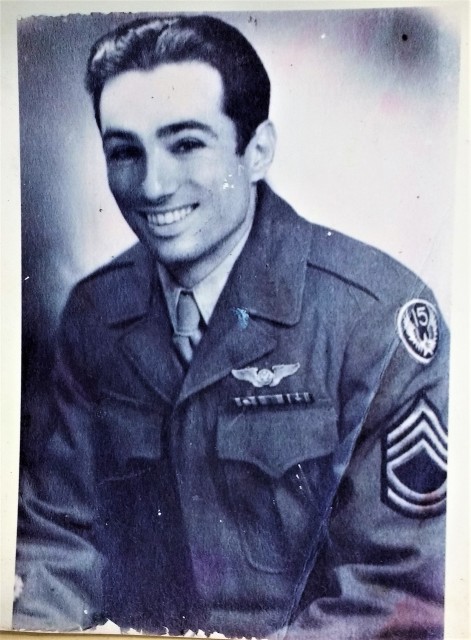 Frank J. Procopio served as a Flight Engineer with the U.S. Army Air Corps from 1942 to 1945. After training at Westover in Chicopee, MA, Frank was sent to North Africa with the 513th Bombardment Group. That unit was disbanded and his crew was reassigned to the 461st Bombardment Group in Italy. Frank’s crew called themselves the Green Hornets, often flying a B-24  Liberator heavy bomber named the “What’s Next?” After flying 30 missions, the crew went home in June, 1945.

Frank wrote about some of his experiences flying with the 461st. A couple of his stories about the Green Hornets can be found on the 461st website here. The time the "What's Next" ran into some trouble can be read here. The entire website dedicated to the 461st Bombardment (H) group can be found at here at 461st.org.

After his service, Frank returned home to Pittsfield. He married Ruth Daugherty, and they started a family. Frank was a mechanic at Procopio Brothers garage.  After his son, Hank, started Westend Automotive in 1996, Frank worked there until 2018.

Frank J. Procopio passed away June 24, 2018. He was the last  surviving member of the Green Hornets.