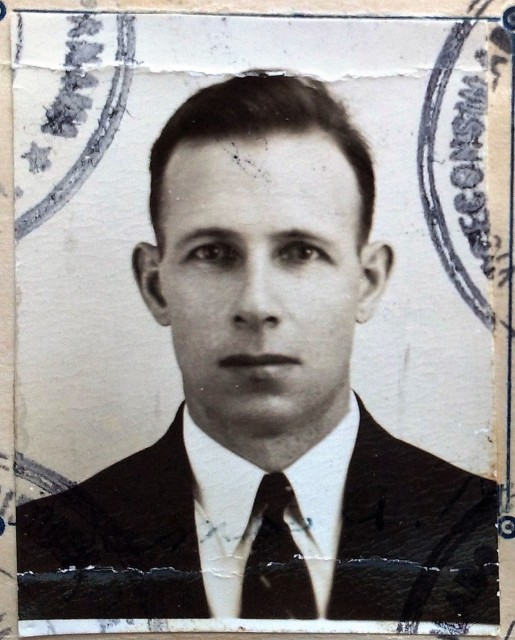 James A. McCulloch of Lee, MA achieved the rank of Lieutenant Commander in the United States Naval Reserves. Already an experienced sailor, he served as an engineering officer on two ships: the USS Wakefield and the USS St. George.

The Wakefield was a converted luxury liner used as a transport ship for troops and equipment. From Singapore, the Wakefield transported thousands of evacuees to safety to India and the U.S. In 1942, a fire broke out on board the Wakefield. Although the ship was heavily damaged, all 15,50 people on board escaped. While repairs were carried out on the Wakefield, McCulloch’s expertise was needed on one of the many new Navy ships coming out of the shipyards.

McCulloch reported to Tacoma, WA to help oversee the completion and testing of the St. George. It was a seaplane tender, providing repair facilities for the airplanes, storing bombs, fuel and other supplies, and providing living quarters for the air crews. On the St. George, McCulloch participated in the Philippines Liberation Campaign and then the Okinawa Operation. During the battle for Okinawa, the St. George was hit by a Japanese kamikaze plane and suffered severe damage; 29 sailors were injured, and three killed.

In November 1945, Lieutenant Commander McCulloch left active service and was reunited with his wife, Kay. Until the mid-1950s, they operated a farm in Lee.