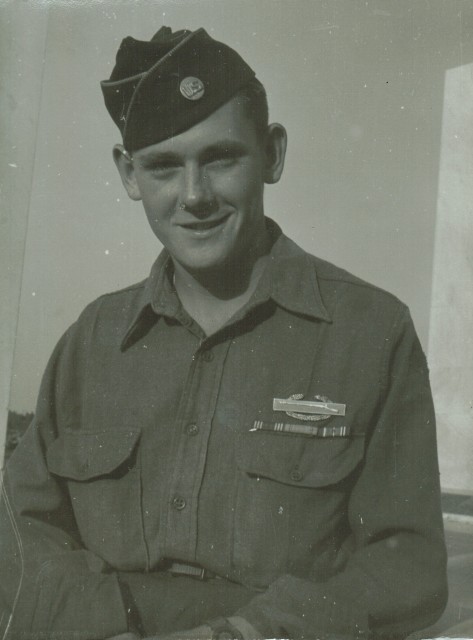 Private Henry began Infantry Basic Training at Camp Wheeler in Georgia in September 1943. Upon completion of advanced training at Fort Meade in Maryland, he received his orders. By March 1944 he was in Italy.

In May he was fighting on the front line in Italy. While fighting on the front, he and his fellow soldiers came under heavy German fire. When his company was forced to temporarily withdraw, Henry stayed to protect five American soldiers who had been wounded. He was awarded the Bronze Star for his courageous deeds.

On October 5, 1944 Private Henry was in Sassolione, Italy where he was severely wounded in action. He was hit by a German mortar shell which dislodged the pin from one of his own grenades. He suffered serious shrapnel injuries and lost his left hand. He was initially treated at hospitals in Florence and Naples, where the actors Brian Aherne and Katherine Cornell visited as part of the USO. He returned state side to New York November 17, 1944 and recovered at the General Hospital in Atlantic City New Jersey.

Throughout his service, he wrote extensively and candidly to his parents and sister, Fay, back home in Pittsfield, MA. They saved every letter. A selection of these letters can be viewed below.