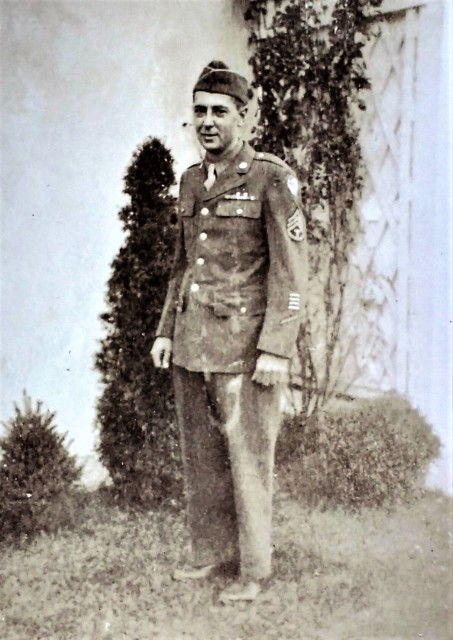 William Popp served in the 5th Air Force as a sergeant in the Quartermaster Corps, organizing supplies. The 5th Air Force was active throughout the Pacific theater during World War II and Popp served in the Philippines, Guam, and Australia. The 5th was instrumental in expelling Japanese occupiers from the Philippines. Popp likely played a role in the January 1945 retaking of Clark Field on the island of Luzon in the Philippines. This large air force base had been taken by Japanese forces in 1942.

Born in Brooklyn, NY, Popp spent most of his life in Pittsfield, MA. Before serving in WWII, Popp worked in the family bakery, Popp’s Bakery in North Adams. Following his service, he was worked as a paper cutter in the Eaton Paper Co. in Pittsfield, and was active in the United Papermakers Union.